At the present time, it is very unconventional to manually throttle the network bandwidth. Network throttling is very useful especially when on low-speed home internet connections where one would like to save some bandwidth for another device.

Currently, the only way to throttle the speed of an application is to launch it using commands such as trickle -d 5 -u 1 gnome-software every time you want to launch an application, which definitely isn’t very intuitive for any user.

One place where this is already used is inside of Steam. There is a check box to enable/disable it, and when updating a game, you are given the option to override the speed. 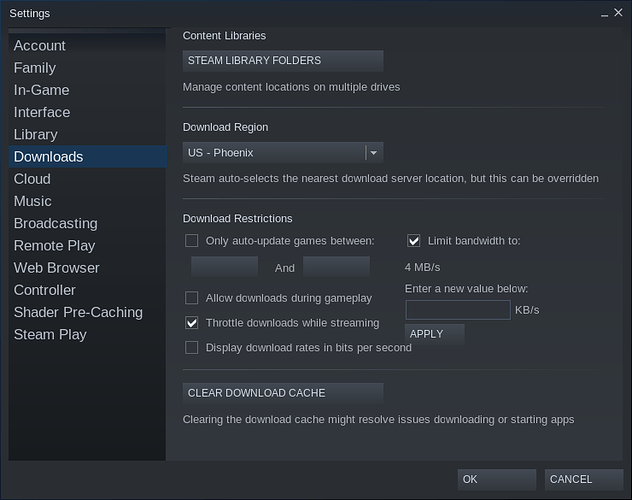 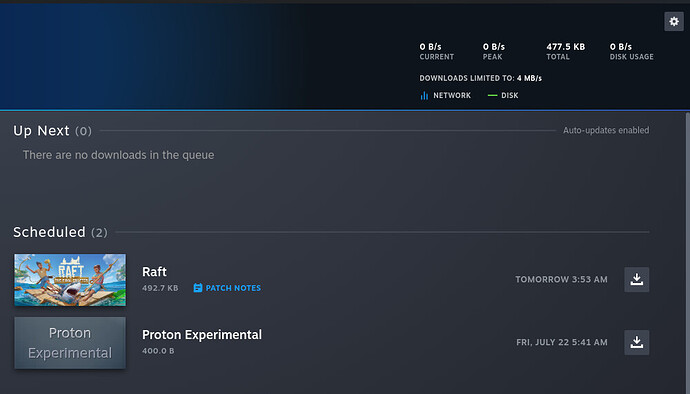 One design idea is to have a separate section in Gnome Control Center where there would be two separate throttling switches, one for internal networks (which could have unique throttles for specific IP addresses) and one for external networks along with the rate to limit it at. Additionally, when updating packages in Gnome Software, there could be a notice saying something along the lines of “Network speed throttled at {x}MB/s” with the option to override it. Additionally, there could also be an option to restrict this throttle to specific applications that can be chosen using the Application Chooser dialog.

What are everyone’s thoughts on this?