Hi, I notice in Geary that the title bar text doesn’t change after sending a message. After sending and going back to the Inbox, It still shows the text for the message just sent, doesn’t revert to “Inbox”.

Also, is there a way to make it show the unseen message count in the title bar?

What do you mean with title bar?
The top bar on the left should list the account name and the folder name just below. I don’t see it changing while I compose and send a message. And I do see the unread message count there.

Are we talking about different things?
Or maybe you have a different desktop?
I’m using Fedora 33, GNOME and Geary 3.37.90.

I mean the text that appears in the task bar button for Geary. I believe this is set by GTK gtk_window_set_title().

I noticed the issue in v3.34 (I think, I am not at that computer at the moment). But I see it is as you describe in v 0.12.4. I’ll check again when I get back to that PC and give better details.

See this screenshot of version 3.36: 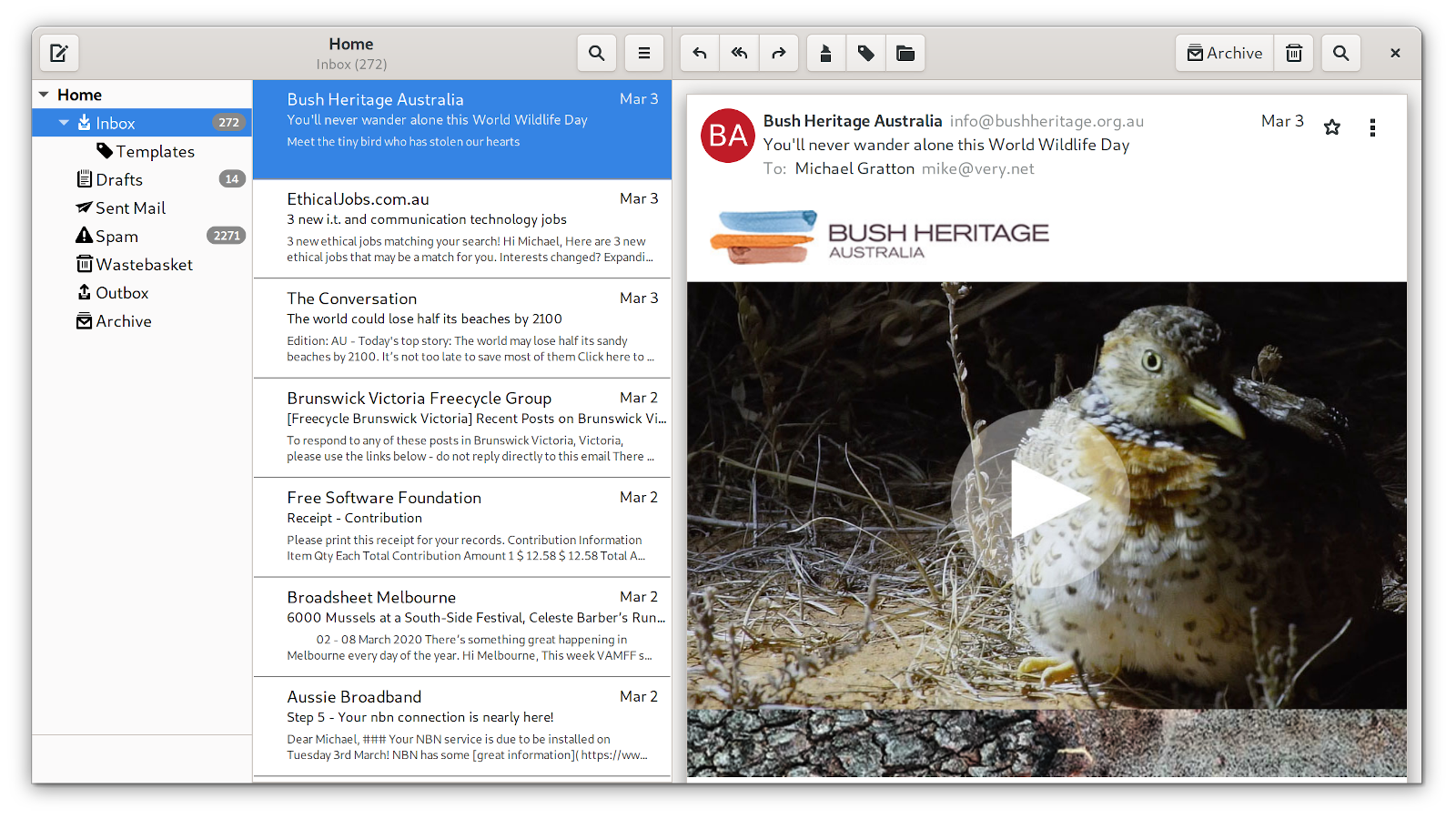 I see that Geary doesn’t use a window title bar, but it sets text in the window title anyway, and this text appears in the desktop taskbar button. For example, if I select the Spam folder, the Geary taskbar button says: Spam – nnn, where nnn is the account name.