Hello there,
I’m running a set of script using jhbuild to build my application on macOS (same scripts used by the GIMP team).
I have an issue I can’t understand so maybe you could help me to put the finger on the bug.
Almost all my symbolic icons are broken.
For example if I use go-home-symbolic the rendering will be bad, while no issue with go-home.
Does someone has an idea of what could be the problem? Why only the symbolic one? 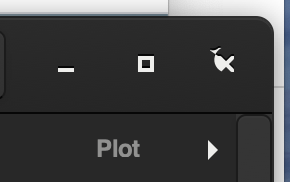 Any idea the rsvg version?

Hello.
That was my first guess but why only symbolic icons would be broken.

Here the librsvg I use: https://gitlab.gnome.org/lock042/gtk-osx/-/blob/gimp/modulesets-stable/gtk-osx.modules#L324

That version of librsvg is unsupported, and may very well not support some SVG functionality, or the output of more recent SVG authoring tools.

OK thanks. Will try to see if I can do something because this warning:

is not from me. And it looks like it will be difficult to compile newer version with jhbuild.