Remove a honeycomb pattern from an image using GIMP

I have a 1925 wedding photo that has a background honeycomb pattern that I can’t seem to remove.

There use to be an FFT filter under ‘spectral filter’ about 10 years ago but it isn’t there anymore.

I need an FFT filter for this photo.

One other thing - I can’t seem to remove the ‘hazy’ white stuff clouding up this photo - HELP! 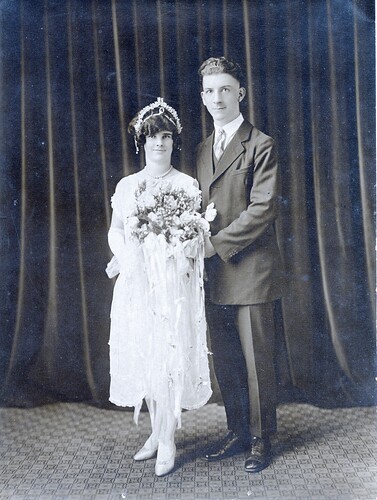 Once installed, open GIMP or restart it, then go to Filters > G'MIC (or G’MIC_Qt), a window opens, go to Frequencies > Fourier Transform 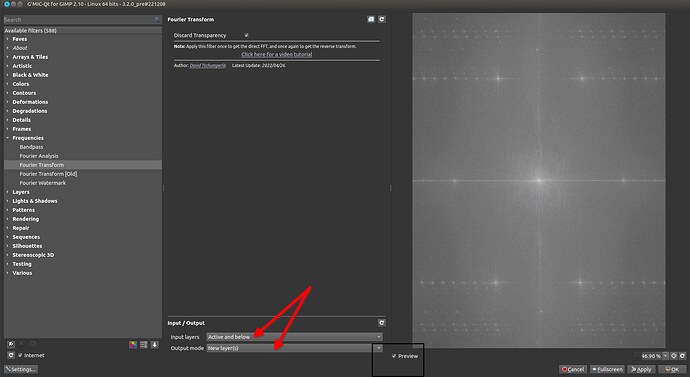 Then in GIMP, paint black on the white stars on the [Magnitude] layer (not in the middle and do a better job than me, I did forgot a lot), 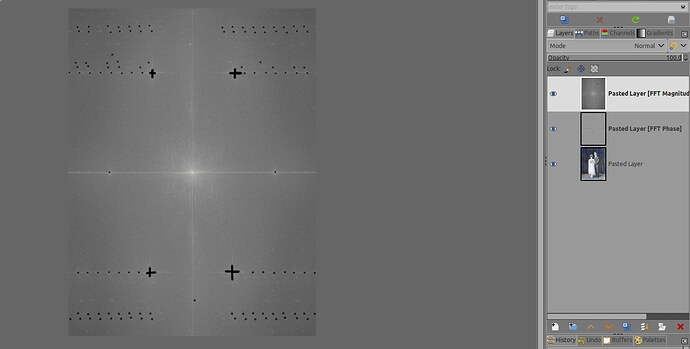 Once it’s done, just go to Filters > G'MIC > Frequencies > Fourier Transform while the [Magnitude] layer is selected and in G’MIC as input layers put active and below (it will auto-invert), then just click OK 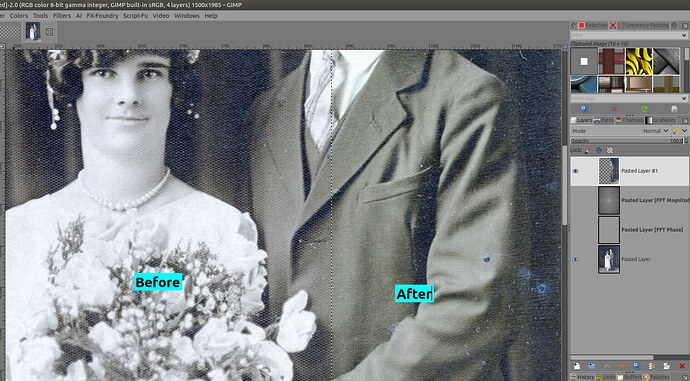 One other thing - I can’t seem to remove the ‘hazy’ white stuff clouding up this photo - HELP! 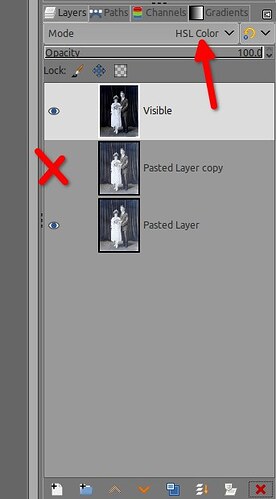 Again create a New from Visible by right-clicking on the top layer, you should have a lot of blue on your image 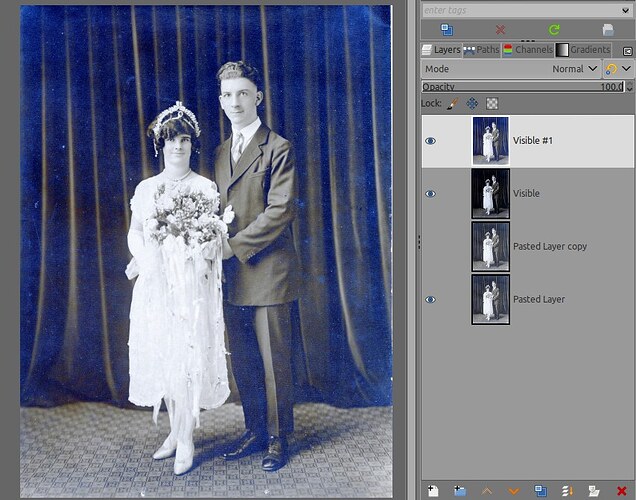 On that last image/layer, just go to Colors > Desaturate > Desaturate, Mode Luminance or Luma will get rid off the blue and remove that “hazy white stuff clouding” 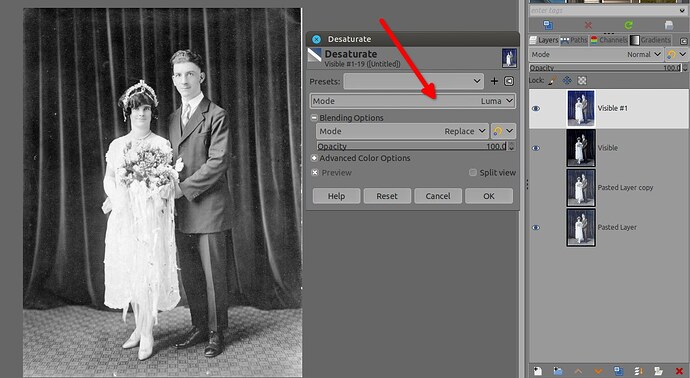 Comparison: this method do not affect the people on the picture, no adding contrast nor changing luminosity (if so, it’s so negligible) 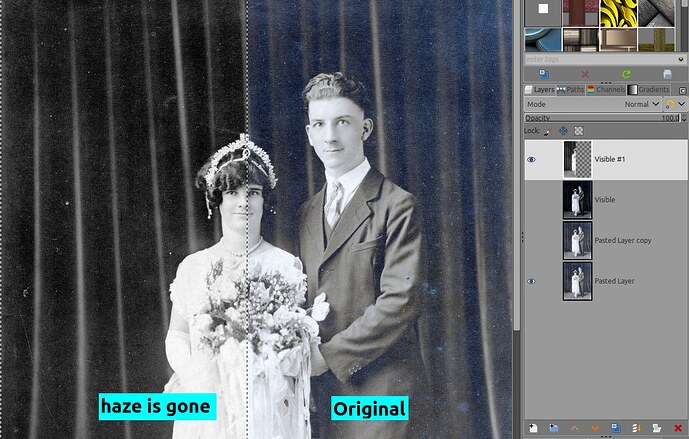