[Question] About using GNOME software to manage Flatpak only without touch .rpm packages

I like to use GNOME software to manage only Flatpak packages installation/removal/update without touching .rpm packages because I’m already using DNFdragora for .rpm

The aim: use DNFdragora to manage .rpm packages & repositories & GNOME software to manage Flatpak packages only without touching .rpm packages, to avoid duplication in cache & because most of GNOME bugs related to PackageKit.

I’m on Fedora Linux 32 X64 Cinnamon edition, & doing this is nearly straight forward because DNF show “PackageKit” as a weak dependency & it already has an option to install package without it’s weak dependencies. So, I performed the following:

It worked very well & GNOME software only show me Flatpak applications in market. Also, it become so light in it’s working !

However, I have 2 issues:

I will be very thankful if someone solve me these issues !

I found the solution: we need for BOTH methods to achieve satisfaction as following:

These plugins are located in ~/lib64/gs-plugins-13 in Fedora 32. You should remove them all in block, to get rid from error messages … 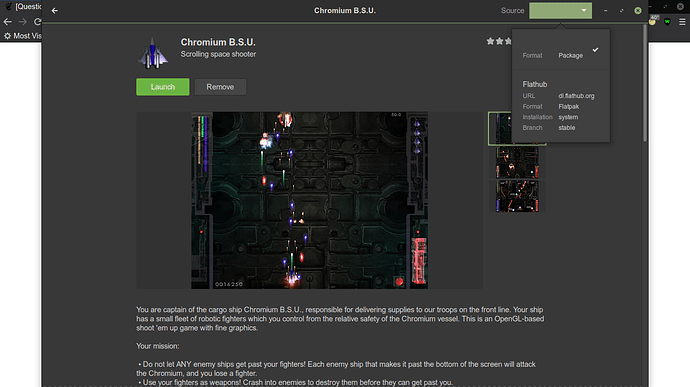 Otherwise, now every other thing is okay. Now I have GUI to manage flatpaks (GNOME software) & DNFdragora to manage .rpm packages, each independent from other without any interference between them.