Improve the section - other places.

Now, when connecting to sftp:// or another protocol, the file manager saves the link and password.

All hosts are saved in a similar way: 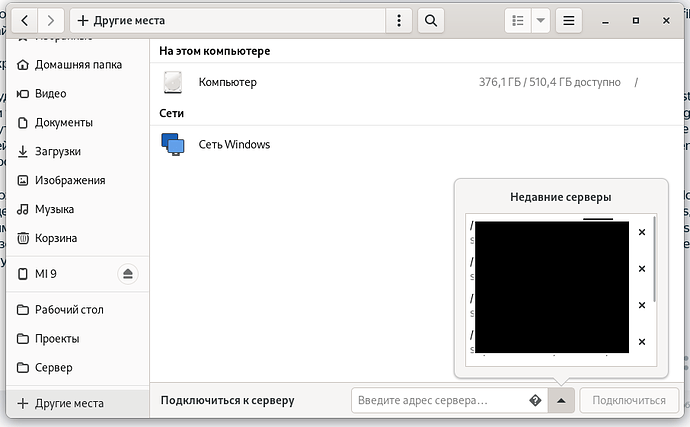 This is very inconvenient because there can be a lot of hosts, when connecting 10-15 hosts, it is already impossible to figure out where they lead. The most difficult thing is when there are several users for one host, it is very difficult to identify them in the list.

I want to suggest improving the section - other places. Add a separate directory to the file manager with all connections, add an interface for entering a host where, in addition to the user and host name, you can enter a name, this will improve the identification of hosts.

It would be ideal to pass the password when opening a remote terminal. If it does not significantly impair security.

Thank you in advance! I hope many people will support this idea, since such an improvement has been overdue for a long time.

Hi. Thanks for the feedback and suggested improvements.

I agree the Other Locations view needs a redesign. It’s something our design team is also looking at.

The sidebar and other locations view are two areas of the application which remain mostly unchanged in version 43, but which I’d like to help modernize for version 44 or 45.

Thanks for your reply. This is probably the most important improvement for me. I’ll be waiting for him.