So when I’m trying to scale an image to match another image and I’m zoomed in trying to line up basically pixels.I can no longer access the pull squares at the edge of the image and the Center Square for moving the whole image while scaling because they are now off screen and Out Of Reach therefore pulling direct horizontal or vertical and repositioning of the layer is no longer possible unless I zoom out, but then I lose the Precision of being zoomed in. I feel like those squares should kind of remain in view at the edge of the viewable area on the screen.
And I know I can use the scaling window but that is far less accurate and you can’t move the whole image like the Center Square does from that and I’d rather my focus remain on the small area I’m working with. rather then looking up over to adjust it constantly when I could just grab the square with the mouse and slowly move the mouse up and down. I’m weird I know.

If you are talking about the Unified Transform Tool (shift-T by default), you can press Readjust in the on-canvas control, and the box with the handles will then fit on the screen. It’s not perfect, which is why the older Scale Tool (shift-S) still exists, for working with larger images. With teh Scale Tool you can drag any part of the layer or image directly.

Just tried it I’ve been selected those options and it’s still the the same the controls around the image disappear once you zoom past them.
what I’ve been doing to get around it is I’ve been slicing the image into bits just so the pieces are small enough to still see those control squares and then piecing everything back together once everything its completely lined up.

If you need to match two images accurately, you can try my ofn-layer-aligner script. 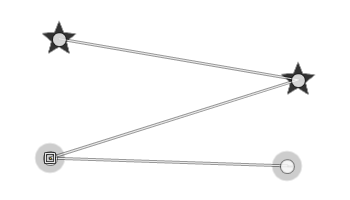 Then you call the script, nd it rotates+scales the 2nd layer so that marked points coincide. 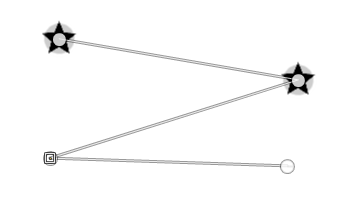 Since this is a path, you can zoom to your heart’s desire to obtain the needed accuracy.

You know the paths function is something I still have not really attempted to use yet. it’s kind of funny cuz I’ve been using gimp for going on 8 years now I’m more of the up close and personal user selecting pixels at a time just crazy tedious stuff I don’t think anyone want to do. but now that you’re saying that it could possibly line images up into each other at least accurately enough to where it would be a lot less works. I might look into it.