Basically as the title says but to be in more detail the removable one is where generally the USB Mounted partitions are located which is below the Trash icon generally.

Hi. Thanks for the idea.

I agree. I’ve always though the “Other Locations” should be like an overflow of the sidebar where people can pick more locations to add to the sidebar.

The sidebar and other locations view are two areas of the application which remain mostly unchanged in version 43, but which I’d like to help modernize for version 44 or 45.

Thanks for the respond, I really hope it gets added even if maybe in 44 or 45.

I’m pretty sure this was a feature/justTheWayItWorks that was removed/changed sometime around the the transition from gnome 2.XX to gnome 3.XX, maybe later. It also occurs to me that once upon a time, you could add x-gvfs-show as a mount option in /etc/fstab and nautilus would respect it. It still does, but it shows the mount in other locations, not the side bar. If you look at Nemo, which forked from nautilus, it still shows internal mount points (only if specified with x-gvfs-show) the way nautilus did once upon a time.

Show “/xtra/av0”, which is automounted, in the Nautilus sidebar:

As seen in nautilus AFTER creating the bookmark in Nemo: 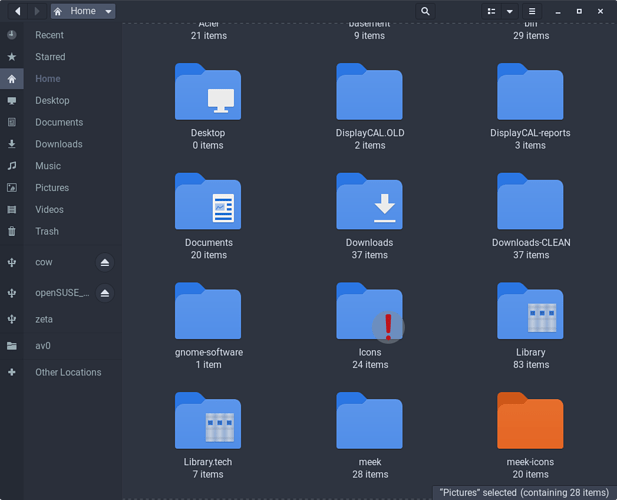