A fresh Gnome install (on a 27 inch 4k monitor)

I had to replace my nuc6i7KYK, as it did a lot of random reboots in the last weeks, and the tiny fan makes strange noise after my cleaning attempt. So some days ago a got a Hx90 box from China with an AMD Ryzen. Seems to be OK. I kept my 27 inch 4K screen for now.

Yesterday I installed again Gnome – well I have a 1TB SSD now, so I created a few more partitions, with the opportunity to later maybe install KDE or Windows additional.

My most urgent issue is the tiny font – while writing this text in FireFox, it is too hard to see the letters, and all the text of the Gnome GUI is too small as well. I launched the Settings tool – it allows a 200% scale, and has one option for large text. I am sure six years ago there was an option to set various text size to integer values. Has that been removed? 200% scale is much too much, and the “large text” option is again not really noticeable.

I did already some Google search, and searched GNOME Help

Please note that this is not a real Gentoo Linux issue only – when I got the box some days ago, I initially booted a Ubuntu from an USB stick to test the hardware, and text and mouse pointer was a bit too small as well.

Unfortunately I can not remember well how I did all that configuration six years ago. I think that time I also adjusted the mouse pointer size, it is too tiny now. And I think I was able to increase the thickness of the right window scrollbar a bit. Was this done from the command line with gsettings? Can someone remember the exact commands needed?

Last question for now: I installed Gentoo Gnome-Light, which pulled not in all the stuff like gnome games which I never touched in all the decades, and it also did not pulled in the Evolution mail program. So before I install that one again, is there a better alternative available? I think someone told me so some years ago.

The font problem is solved: I rebooted the old box, and saw that the font tool is called Tweaks. I have to install it additional on the new box. I think for the mouse pointer size, I have to find out how it is possible with gsettings. And for the scrollbar width, I think I remember now that it was possible with CSS somehow. 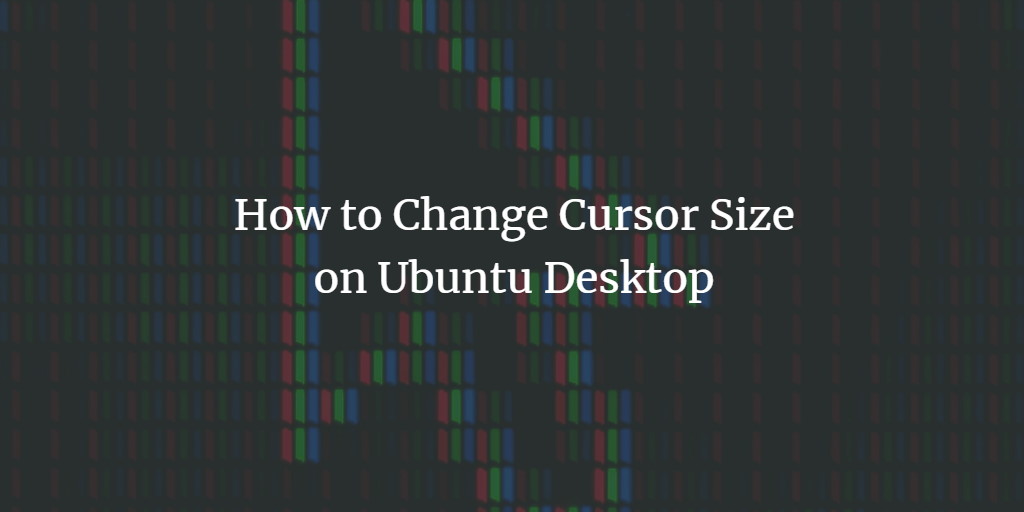 How to Change Cursor Size on Ubuntu Desktop

When we move to a new house, we set it up according to our needs. The same is the case when moving to a new desktop environment. Visibility and ease of use is a great concern for any user when working…