Hi, I wanted to let you know about a new script that I wrote. If you are packaging python apps using flatpak, you may find this useful. 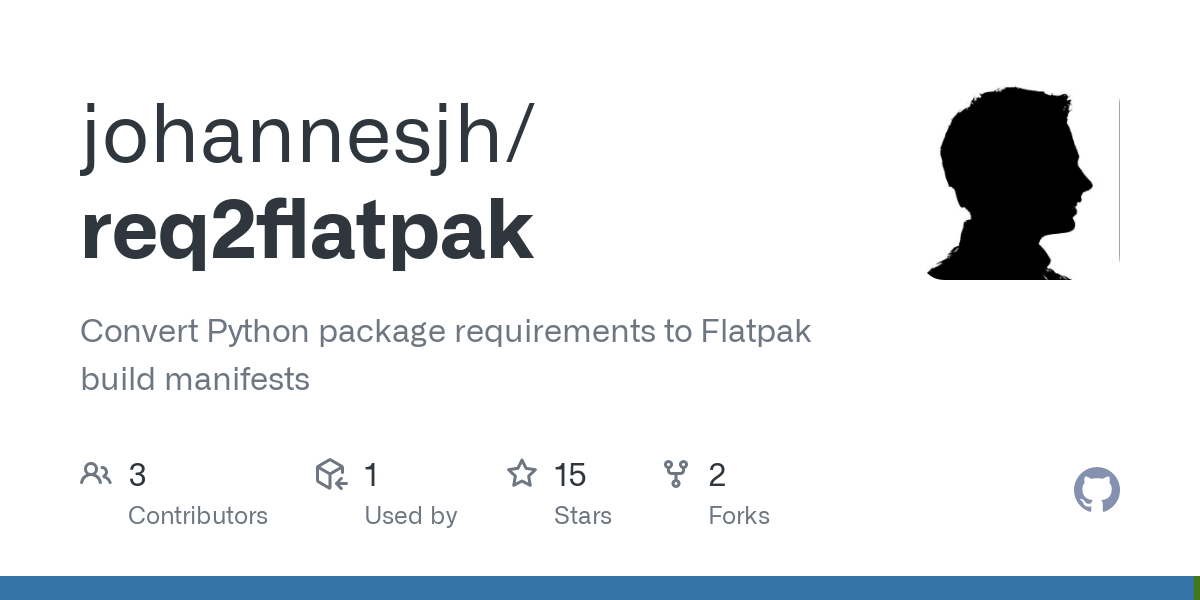 my own experience using req2flatpak: I am personally using req2flatpak in favagtk and it works perfectly fine for my purpose. Your mileage may vary, but judging from my experience, you may also like it. I found that req2flatpak runs much faster than flatpak-pip-generator, and since req2flatpak chooses suitable binary wheels (instead of sdists) by default, the flatpak build is faster and easier as well.

hope you like it :-), feedback and contributions welcome. best regards, Johannes