Positive Feedback and Encouragement for Contributors

Positive feedback about their project can help contributors. It’s probably easy to back this with references but for now I will just base this on my own experiences and what I have heard and read.

My Take on the Current Situation

Issues trackers are tailored to bringing up issues. Reviews are meant to judge your work. But I wonder if we are lacking a designated place for people to share positive feedback and appreciation for contributors and the things they have created.

Don’t take me wrong, I am seeing a lot of encouragement between contributors. Issues containing positive feedback and appreciation work done so far certainly exist. But I observed the following:

The word “burnout” quickly emerged while discussing this in the chat. I would agree that positive feedback and positive interaction could play a (small) role in preventing people from burning out, or at least people can note if they can’t even enjoy the positive feedback anymore.

But I also want to highlight that such ideas don’t need a net result in more productive and stable contributors. For me, it has a value in itself to enjoy positive feedback and to understand what emotions and reactions my work provokes in other people.

I will keep this short, because there is very little concrete yet.

The practical disconnection of GNOME Software comments from app maintainers/contributors and the (imo) very small amount of reviews are not completely unrelated. But as mentioned before, reviews will not be a fitting solution for what I have in mind.

Currently, there does not seem to be an idea how to continue this topic. But at least, I wanted to document this idea.

I’m new to many parts of the GNOME community so please feel free to link or mention any discussions or ideas around this topic which already exist.

I especially like your idea of using the same mechanism to ask people how they use the software so that developers/designers/documenters can get a better idea of the user stories.

Percentages of [1] and [2] are project specific.

HI Sophie - first of all - thank you so much for your post. I appreciate your analysis.

One of the things that we had also noticed at least for feedback is that the gitlab emojis allow for both negative and positive emojis. Some can be used to express racist views - https://gitlab.com/gitlab-org/gitlab/-/issues/215215

To your point - I think part of being able to show more appreciation is to get the right set of emojis - emojis definitely is a low barrier way of showing appreciation or encouragement.

But I think as maintainers we should also show appreciation - thank them for being polite or positive. It’s a great way to build a rapport and builds more inclusivity.

That is a very good point @sophieherold!

I do remember that I opened once an issue on your nice Pika Backup application to leave positive feedback.
As @afranke rightly pointed out, that’s not really what issues are there for.

In the end it feels like a tooling problem to me.
(People pointed out to me though that I say this quite often

To your point - I think part of being able to show more appreciation is to get the right set of emojis - emojis definitely is a low barrier way of showing appreciation or encouragement.

I don’t think it covers what I have in mind. But I’m

behind fixing the emoji situation! Let me know if I you know anything that I can do besides just up-voting the issue.

But I think as maintainers we should also show appreciation - thank them for being polite or positive. It’s a great way to build a rapport and builds more inclusivity.

If we develop the idea of a feedback tool further, this might raise the question if recipients should be able to say thank you for the feedback? Or is this too much?

@gbsneto mentioned that he and @bwyazel were talking about some kind of GNOME Love App at GUADEC 2019. This brought me to this talk which I also wanted to list here 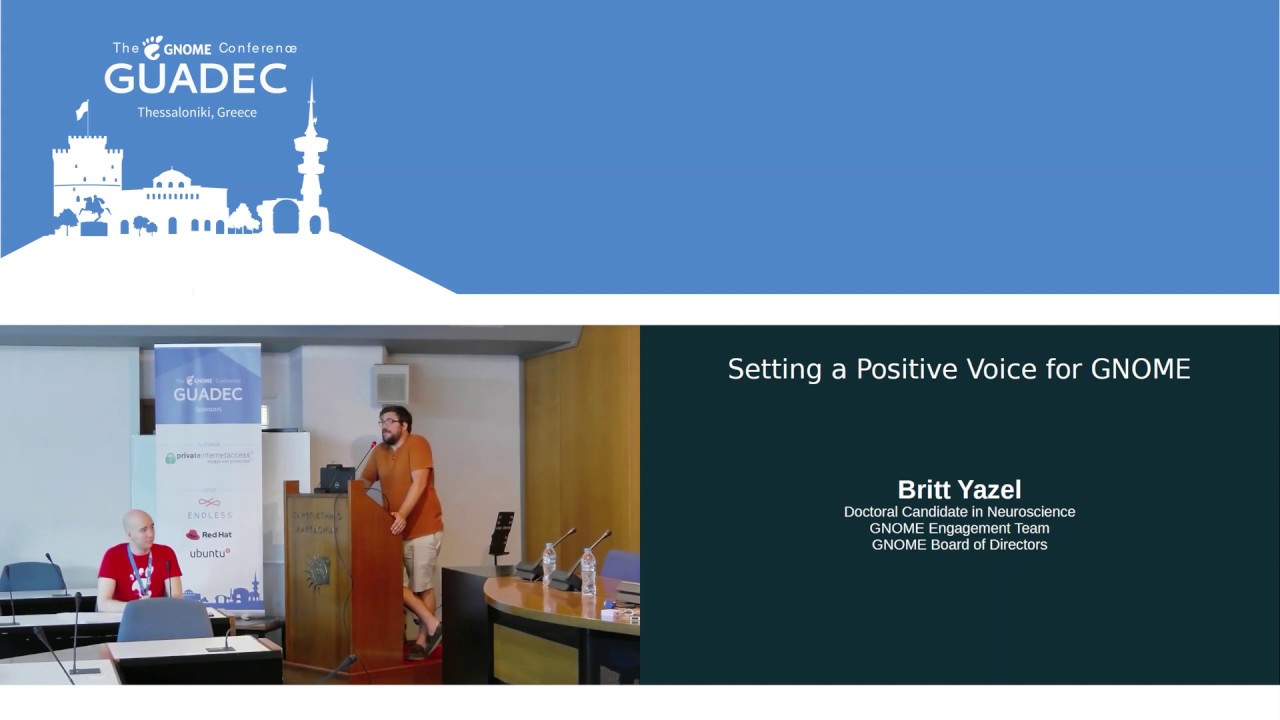 I came here after posting positive feedback as an issue on GitLab. I knew it was not the place, but there just isn’t a place.

I’ve come across this several times. I want to share appreciation, or my story with a certain software, like “this helped solve X issue”, but there isn’t a clear place to do that:

My ideal place for this (speaking as a user) would have some of this characteristics:

Sometimes I just wish for something as simple as a “forum” or “comments” section in GitLab, which would check almost all those boxes and also allow for comments, questions, etc. It could be very similar to the issue tracker regarding the UI, just with a different menu entry and title, a different set of tags (like appreciation, debate, question, etc.) and different statuses like “appreciated” instead of “closed”.

The last point is what github provided called discussions.