Hello everyone.
I’m new, I hope I’m writing in the right place ^^

As I jump from one to the other I sometimes think: “it’s a pity that there is no such option here”.
I love the Gnome desktop environment, I was wondering if there was the possibility to highlight certain files or folders.
It’s an option that exists natively in MacOS, it’s called “Color Labels”, we have the possibility to colorize files and folders. It is an option that I find very practical in my job, it allows me to organize myself well. For example, I can highlight in a folder all the images I have to work on in red and underline in green those I have already processed.
I also sometimes do this in folders that contain a lot of files, such as a library of documentaries or films. I can put in green the ones I have already seen etc… you understand the principle I guess.

I know that there are also small utilities in Windows that allow you to change the color of folders. It’s convenient to be able to do it in 2 clicks, but unfortunately you can’t do it on files with the ones I tested which is really the most interesting function in my opinion.

Here is what it looks like for those who don’t know: 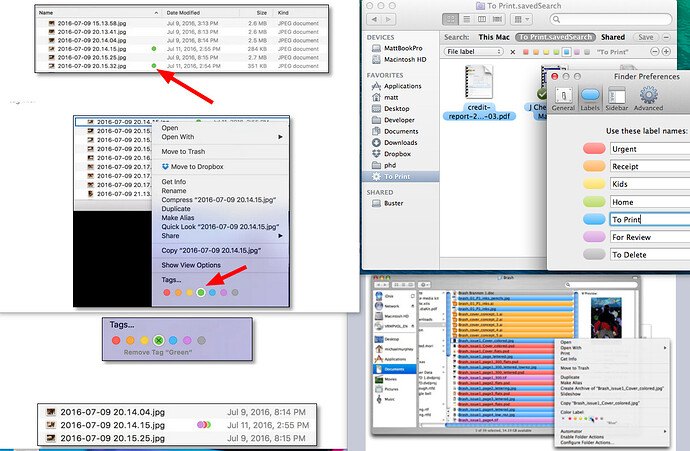 That’s it, I just wanted to see if other people would appreciate having a similar feature in Gnome.
And eventually get your feedback and bring the idea to the developers.

The first versions of nautilus had emblems which you could assign to files and folders, but don’t remember if there was color coding as well.

From what I’ve tried of MacOS, it seemed a neat feature, but is not one I necessarily miss when using Gnome.

As far as having it be implemented, it would need acceptance by the gnome design team and someone volunteering/sponsoring someone to work on it.

Thanks, I didn’t know that there was this option in Nautilus. I’ll have to see why it disappeared.

While exploring Windows, I also saw that there was a native system to tag files, strangely it works with images (.jpg) but not with videos for example…

But the way to use them is not very intuitive in my opinion. Either you have to do a right click and then go to the settings, then file details to be able to either note it or tag it…

The second way is to go through the viewer, it’s already simpler and faster but still I’ve been using this OS for years and I didn’t know you could do it ^^ 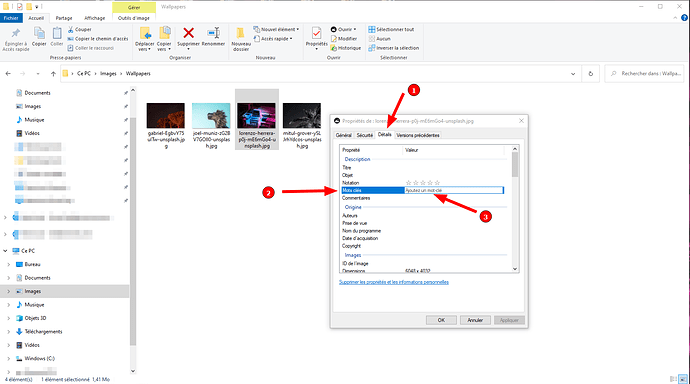 The emblems were only around during gnome2 I think.

Here’s a screenshot of what the emblems property dialog looked like: 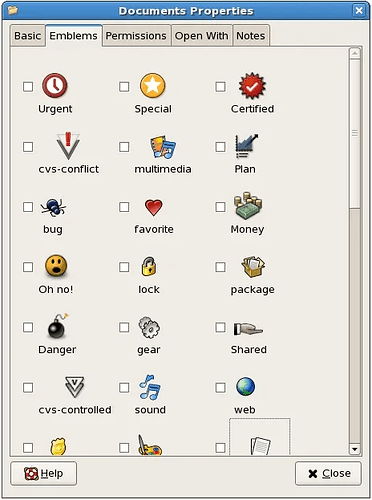 And how it looked on the files: 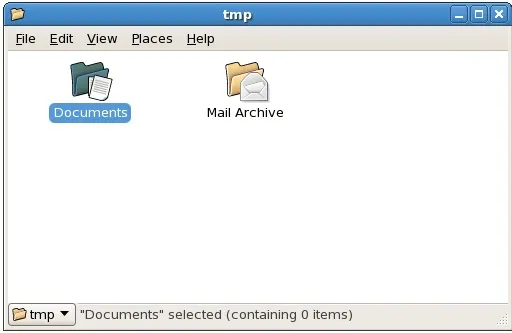